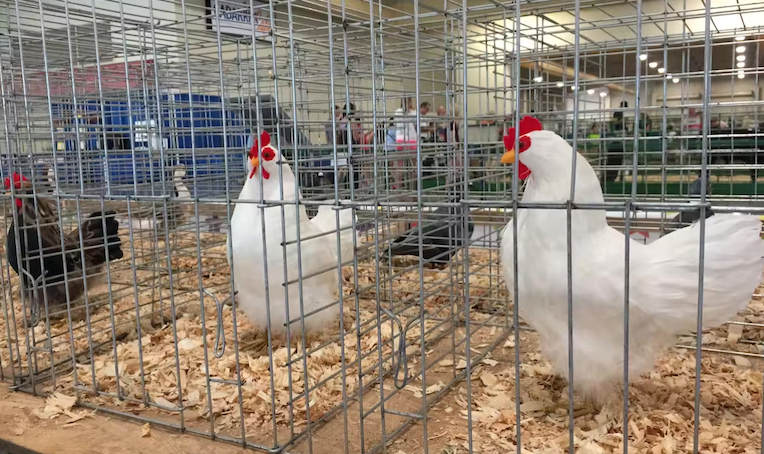 Live birds are banned at agricultural fairs during bird flu outbreaks to avoid spreading infections. These fake chickens were on display at the Cabarrus County, N.C., fair in 2015, a previous H5N1 outbreak year. Elizabeth W. Kearley via Getty Images
11.14.2022

Bird flu has made a comeback, driving up prices for holiday turkeys

An outbreak of highly pathogenic avian influenza has spread through chicken and turkey flocks in 46 states since it was first detected in Indiana on Feb. 8, 2022. The outbreak is also taking a heavy toll in Canada and Europe.

Better known as bird flu, avian influenza is a family of highly contagious viruses that are not harmful to wild birds that transmit it but are deadly to domesticated birds. The virus spreads quickly through poultry flocks and almost always causes severe disease or death, so when it is detected, officials quarantine the site and cull all the birds in the infected flock.

As of early November, this outbreak had led to the culling of over 50 million birds from Maine to Oregon, driving up prices for eggs and poultry – including holiday turkeys. This matches the toll from a 2014-2015 bird flu outbreak that previously was considered the most significant animal disease event in U.S. history. Yuko Sato, Iowa State University associate professor of veterinary medicine who works with poultry producers, explains why so many birds are getting sick and whether the outbreak threatens human health.