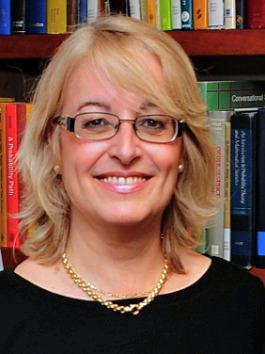 AMES, Iowa – The forensic evidence presented in courtrooms needs to be backed by more statistical and scientific study, said the organizer of a symposium on the forensic sciences.

“A lot of science hasn’t been brought to bear in forensics,” said Alicia Carriquiry, an Iowa State University statistician, Distinguished Professor in Liberal Arts and Sciences and director of the new Center for Statistics and Applications in Forensic Evidence (CSAFE) based at Iowa State.

Carriquiry has organized a panel that will discuss “Forensic Sciences: Toward a Stronger Scientific Framework” during the annual meeting of the American Association for the Advancement of Science Feb. 11-15 in Washington, D.C. The symposium is scheduled for 3-4:30 p.m. on Sunday, Feb. 14, in the Hoover Room of the Washington Marriott Wardman Park Hotel.

Also serving on the panel will be:

“Forensic techniques once considered unassailable are now being questioned,” Carriquiry wrote in a symposium summary. “At issue is the reliance by forensic scientists on subjective interpretation of analytical results, a lack of realistic error rates associated with many forensic tools and a widespread practice of expressing strong conclusions (often favoring the prosecution) that are not justified by the forensic evidence.”

The National Institute of Standards and Technology established CSAFE last year with a five-year grant of up to $20 million.

The center’s primary goal will be to build a statistically sound and scientifically solid foundation under two branches of forensics: pattern evidence (including fingerprints and bullet marks) and digital evidence (including data from cell phones and computers).

“Statistics really does have an important role to play in forensic sciences,” Carriquiry said. “We need to understand the limitations of this evidence.”

Iowa State’s Alicia Carriquiry says forensic techniques need to be backed by more science and statistics. She’ll lead a discussion of the issue during the annual meeting of the American Association for the Advancement of Science. Topics to be discussed include the reliability of eyewitness accounts, probability models to assess evidence and the development of European guidelines for forensic evaluation.

“Statistics really does have an important role to play in forensic sciences. We need to understand the limitations of this evidence.”

Alicia Carriquiry, an Iowa State University statistician, Distinguished Professor and director of the new Center for Statistics and Applications in Forensics Evidence based at Iowa State