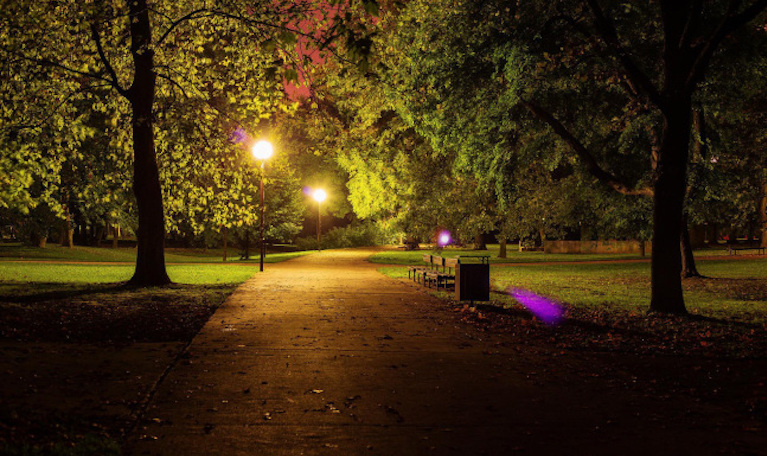 A new study led by Iowa State University researchers shows how artificial light has affected the natural seasonal processes of plants in urban regions of the United States.

The study, published in the peer-reviewed academic journal PNAS Nexus, demonstrates how urbanization affects the natural world, resulting in noticeable changes for humans, said Yuyu Zhou, associate professor of geological and atmospheric sciences at Iowa State and corresponding author of the study. For instance, the levels of artificial light during nighttime hours in urban settings alters the natural circadian rhythms of plants, lengthening pollen season for many plants in those regions. That means city dwellers who suffer from allergies may have to deal with sneezing and itchy eyes for longer portions of the year, Zhou said.

Zhou analyzed how urban environments affect plants in a number of ways in a correspondence article published in Nature Climate Change in April. His previous studies looked at how heat trapped in cities, known as the heat island effect, changes the seasonal cycles of plants. Researchers also have analyzed how changes in carbon dioxide concentrations and the availability of water and nutrients alter plant processes in urban environments.

For the latest study, Zhou and his colleagues evaluated NASA satellite data on artificial light at night, or ALAN, in U.S. cities from 2012 to 2016. Then they compared that data to seasonal changes in plants observed at around 3,000 urban sites. They concluded ALAN advanced the date of breaking leaf buds in the spring by nearly nine days and delayed the coloring of leaves by about six days in the fall. The overall effect is a longer active season for many plants, Zhou said.

That news could have important implications for those with allergies, and it also has use for urban farming, a growing practice in which crops and other plants are cultivated and distributed in urban settings.

Studying the interaction of urbanization and plant phenology also offers insight into the impacts of climate change, Zhou said. The study indicated the combination of increasing ALAN with rising temperatures intensifies the early start to spring for many urban plants. The ways ALAN and temperature interact to influence plant cycles in the fall is more complex, he said.

But the study makes clear that teasing out the interactions between ALAN and temperature will better prepare scientists to predict and respond to changes in plant processes in the years ahead.

“Urban environments can serve as natural laboratories to study responses of plants to changing climate,” he said. “Urban research can be used as a lens to give us clues on how carbon and water cycles of the Earth system will evolve under a changing climate.”