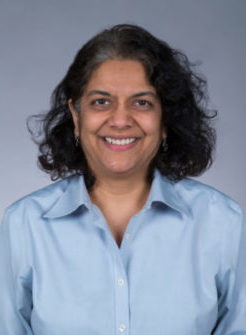 AMES, Iowa – Two Iowa State University faculty have been named fellows of the National Academy of Inventors, it was announced on Tuesday.

Election to NAI fellow status is a high professional distinction accorded to academic inventors who have demonstrated prolific innovation in creating or facilitating outstanding inventions that have made a tangible impact on quality of life, economic development and the welfare of society.

“Congratulations to Dr. Mallapragada and Dr. Halbur for their well-deserved inductions into the National Academy of Inventors,” Leath said. “Both have shown a commitment throughout their careers to producing innovations that improve lives and drive economic development, all in keeping with Iowa State University’s land-grant mission.”

Surya Mallapragada, who also has appointments with materials science and engineering and the Ames Laboratory, has worked for about two decades to invent bio-materials and bio-inspired materials with the goal of improving human health.

“This is really a huge honor,” Mallapragada said of being named an academy fellow. “The credit goes to all of my students – all of our research enterprise is fueled by them. This is a testament to their efforts, and not just my own.”

Mallapragada’s research group has six patents, with more in the pipeline. In addition to patents for bio-materials and bio-inspired materials, others are related to the development of biodegradable polymer substrates that help nerves to bridge gaps and regenerate.

Mallapragada’s group is currently doing a lot of work developing materials for nanovaccines as part of Iowa State’s Nanovaccine Initiative.

Pat Halbur, also the executive director of the ISU Veterinary Diagnostic Laboratory, has contributed to advances in biopharmaceuticals and animal health. Halbur has 14 patents, including one related to a vaccine on the market to control porcine circovirus.

Halbur said the diagnostic lab receives more than 75,000 cases from across the country every year, leading to opportunities to make new advances.

“When gaps are identified in the investigations, we have the multidisciplinary teams in place to quickly go into discovery and innovation mode to identify the cause and develop intervention and control strategies,” he said. “I get great satisfaction from facilitating opportunities for our faculty to be involved in the discovery and innovation process, which is so critical to the future sustainability of Iowa and U.S. animal agriculture.”

With the election of the 2016 class there are now 757 NAI fellows, representing 229 research universities and governmental and nonprofit research institutes. The 2016 fellows are named inventors on 5,437 issued U.S. patents, bringing the collective patents held by all NAI Fellows to more than 26,000.

The 2016 fellows will be inducted on April 6, 2017, as part of the Sixth Annual Conference of the National Academy of Inventors at the John F. Kennedy Presidential Library and Museum in Boston, Mass.

Mallapragada and Halbur join previous ISU selections Jonathan Wickert, senior vice president and provost, and Iver Anderson, an adjunct professor of materials science and engineering who also works in the U.S. Department of Energy’s Ames Laboratory, in the academy.

The National Academy of Inventors is a nonprofit member organization comprising U.S. and international universities, and governmental and nonprofit research institutes, with over 3,000 individual inventor members and fellows spanning more than 240 institutions. It was founded in 2010 to recognize and encourage inventors with patents issued from the U.S. Patent and Trademark Office, enhance the visibility of academic technology and innovation, encourage the disclosure of intellectual property, educate and mentor innovative students, and translate the inventions of its members to benefit society. 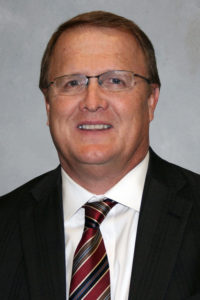 “Congratulations to Dr. Mallapragada and Dr. Halbur for their well-deserved inductions into the National Academy of Inventors. Both have shown a commitment throughout their careers to producing innovations that improve lives and drive economic development, all in keeping with Iowa State University’s land-grant mission.”