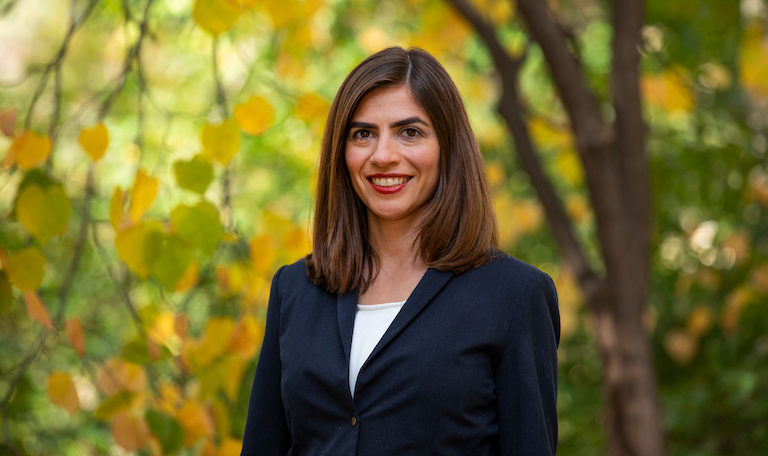 Virtually everyone agrees it’s good to be healthy, but fewer people think of their health as a central part of their identity. New research from Iowa State University shows that encouraging people to think of health as an essential part of themselves also encourages healthier behaviors, including adherence to physical distancing and mask guidelines during the COVID-19 pandemic.

The research, led by Beatriz Pereira, an assistant professor of marketing, appears in the Journal of the Association for Consumer Research. The publication describes two studies that gauged how individuals responded to messages aimed at encouraging them to elevate the goal of staying healthy to be a major part of their self-concept. The results showed that people who read material asking them to think of their health as a central part of their identity were more likely to wear masks and comply with physical distancing guidelines over the Memorial Day holiday.

Pereira said the research could inform how public health officials and businesses encourage citizens to change their behaviors, particularly when those behaviors may conflict with other parts of their identity, such as political ideology.

The research involved more than 260 participants who were given reading material before Memorial Day that presented health goals during the pandemic as either central or peripheral to their personalities. The participants then wrote about their goals for staying healthy and how their health relates to their self-concept. Participants rated their intentions to follow public health recommendations for handwashing, mask wearing, physical distancing and staying home when possible. Two weeks later, just after the Memorial Day holiday, participants estimated the percentage of time they complied with the public health recommendations.

The results showed that considering health as central to their identity increased participants’ intentions to follow health guidelines.

The study notes that mask orders and stay-at-home ordinances often clash with values such as economic prosperity and individualism, which are traditionally central to conservatives. The study found that thinking about health goals as a central part of self didn’t increase goal intentions for participants who identified themselves as politically conservative.

The second study, over the Fourth of July holiday, provided more than 600 participants with recommendations on the benefits of mask wearing from sources widely regarded as either conservative or liberal. The message tailored from a conservative point of view emphasized freedom and economic benefits accompanied by a picture of Vice President Mike Pence. The more liberal piece emphasized community and public health benefits associated with wearing masks and featured a photo of former vice president Joe Biden. All participants were asked to write about how their health is central to their self-concept. Alignment of individual political identity and the source of the message increased the persuasiveness of the message for both liberals and conservatives, which subsequently increased their intentions and preventive behaviors during the Fourth of July holiday. As suggested in the first study, conservatives experienced more conflict between the goal to stay healthy and their political ideology, but the aligned health message helped to resolve this conflict and increase compliance.

“Public health officials can reinforce how health is central to people’s lives, and better align their COVID-19 messaging to specific audiences,” Pereira said. “Being healthy is a desirable outcome for people of all political stripes, even if a person doesn’t think of it as central to their personality. But it seems we have politicized this pandemic, at the cost of public health. We can hold differing political values but still strive to be healthy, prevent deaths and strengthen the economy.”