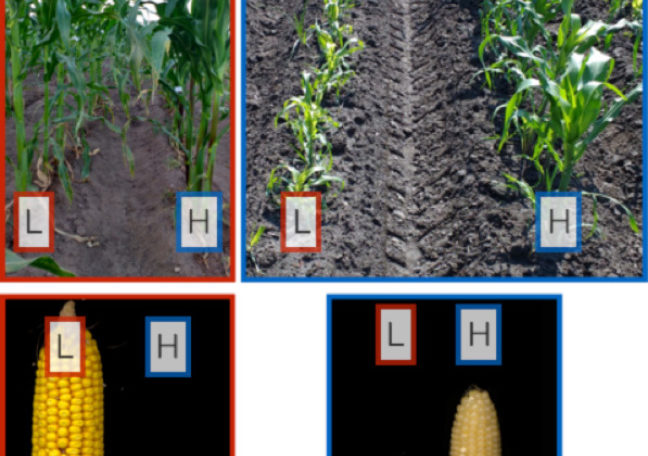 An Iowa State University scientist is attempting to peel back centuries of adaptations in corn to gain a better understanding of how the plant adjusted to the diverse environments and elevations of the Americas.

Matthew Hufford, an assistant professor of ecology, evolution and organismal biology, said learning how corn adapted to grow beyond the environment of its origins in Mexico could yield clues to help plant breeders produce better performing crops.

Hufford is a co-principal investigator on the project, which also includes personnel at the University of California at Davis, the University of Missouri and the National Laboratory of Genomics for Biodiversity in Irapuato, Mexico. The National Science Foundation has funded the research with a five-year, $4 million grant, around $800,000 of which will support Hufford’s laboratory at Iowa State.

Corn originated roughly 10,000 years ago in the warm lowlands of southwest Mexico. In a relatively short time, the plant adapted to grow throughout the Americas in higher elevations and in different climates. But the genetic mechanisms that allowed for those adaptations to develop remain murky to scientists, Hufford said.

“With this project, we hope to identify good candidates for genes that played key roles in helping maize adapt,” he said. “You could use that new knowledge to design corn to deal with the environmental challenges of today, like climate change and other stresses.”

Comparing corn varieties adapted to low elevations with those adapted to high elevations reveals some striking differences, Hufford said. For instance, highland corn stems are a darker color and grow filamentous macrohairs to insulate the plant from cooler temperatures and higher ultraviolet radiation at high elevations.

The research team will cross highland and lowland corn varieties and study the genetics of both the parents and offspring. Hufford’s laboratory will construct de novo assemblies, or highly detailed series of correctly ordered gene sequences, of the parent varieties.

Corn has adapted to a remarkable range of environments, Hufford said, making it a particularly useful species to study for plant adaptation.

Corn is grown on multiple continents at elevations ranging from near sea level to elevations near 13,000 feet.