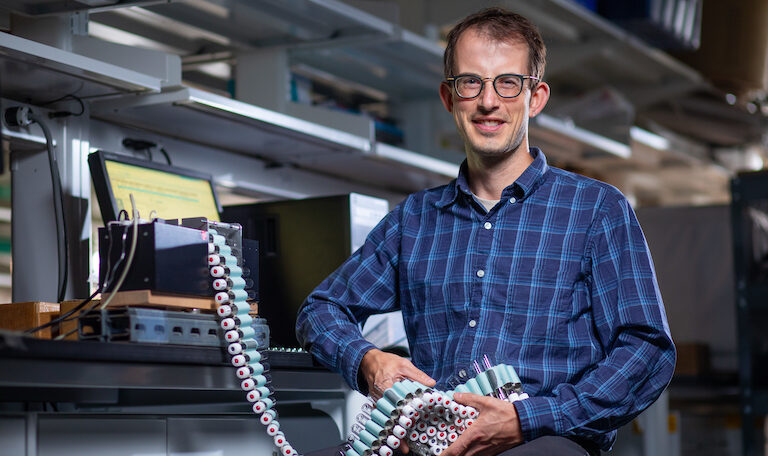 Poorly drained agricultural soils emit enough of the greenhouse gas nitrous oxide that the resulting climate change effects could far exceed the benefits of using the same soils as a means of sequestering carbon, according to a recently published scientific study.

The study, published Monday in the academic journal Proceedings of the National Academy of Sciences, found that a range of agricultural soils produce nitrous oxide emissions in quantities big enough to contribute to climate change. The researchers compared soils with various moisture content and found agricultural soils are capable of high nitrous oxide emissions across a wide range of environmental conditions.

Nitrous oxide has 298 times the warming potential of carbon dioxide over 100 years, according to previous research, suggesting that climate change mitigation efforts must account for nitrous oxide, said Steven Hall, an associate professor of ecology, evolution and organismal biology at Iowa State University and the study’s senior author.

“In this study, we show that the climate warming effects of nitrous oxide emissions from local corn and soybean soils are two-fold greater than the climate cooling that might be achieved by increasing soil carbon storage with common agricultural practices,” Hall said.

Researchers, farmers and policymakers are considering strategies that might encourage producers to store carbon, also a greenhouse gas, in the soil, where it can’t contribute to climate change. Hall said storing carbon in agricultural soils is a valuable tactic to mitigate climate change, but the new research indicates any such policies should first take into account nitrous oxide emissions. Failure to do so could result in policies that are much less effective in addressing climate change.

Instead, Hall said management plans also should encourage nitrous oxide mitigation strategies in concert with carbon sequestration. Examples of such strategies include more precise and efficient use of nitrogen fertilizer. New products known as enhanced efficiency fertilizers, as well as the application of biochar to fields, might also help to limit nitrous oxide emissions.

Microorganisms in the soil give off nitrous oxide as a byproduct as they cycle nitrogen. Nitrogen stimulates nitrous oxide production, so adding nitrogen fertilizers to soil tends to result in more emissions.

“If we want to maximize our climate benefit, we want to be strategic about it,” Hall said. “We’re not simply going to flip the switch on climate just by putting more carbon in the soil. Nitrous oxide emissions need to be a priority as well.”

Hall and his fellow researchers developed a new means of measuring nitrous oxide emissions from corn and soybean fields to help gather data for the study. The scientists tweaked previously existing technologies to measure nitrous oxide emissions every four hours. The technology utilizes small containers placed at various locations on top of the soil of ISU research farms in central Iowa. The containers pump air samples into a central shed where an analyzer automatically measures nitrous oxide content. This method hadn’t been used before to measure nitrous oxide, and Hall said the researchers had to design the system to withstand the wet conditions often present in agricultural fields.